by Erin Mansfield vtdigger.org State regulators have released more details on a major health care reform deal that would change significantly the way the health care industry runs in Vermont. Al Gobeille, the chair of the Green Mountain Care Board, told the House Health Care Committee on Monday that he expects to have the terms for an all-payer model agreement with the federal government in December. The terms sheet would be the framework for an agreement that the Green Mountain Care Board would continue to negotiate with the US Centers for Medicare and Medicaid services to create a first-in-the-nation statewide all-payer system.

The term all-payer carries different definitions, and the only other state with something similar is Maryland, which uses an agreement with the federal government to regulate how much hospitals charge to government programs and insurance companies.

Vermont’s would be more comprehensive and very different. Among its many goals, the state is seeking the power to control Medicare, a federal program, and maintain its current control over Medicaid, commercial insurance companies, and self-insured health plans.

Once the state has the contract terms sheet, Gobeille said his staff would work with key individuals in the industry to set up a more complete all-payer model by May 2016. The all-payer system could then be implemented by Jan. 1, 2017—the same date that the abandoned single-payer effort was scheduled to come into play. 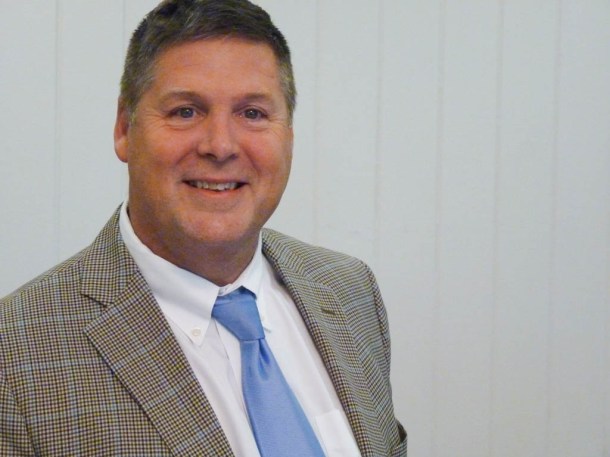 The most clear part of the deal right now is this: The Green Mountain Care Board wants to agree with the federal government to limit the growth rate in health care spending for all Vermont residents to 3.5 percent each year. The parties would set a 4.3 percent maximum growth rate.

The US Centers for Medicare and Medicaid Services would also relinquish its control over Vermont’s Medicare program during the contract term; the Green Mountain Care Board says it would “stand in the shoes” of federal regulators.

The other major parts of the all-payer plan come down to details of a so-called transformative health care model: The Green Mountain Care Board would make it attractive for Vermont doctors to join a single accountable care organization, or ACO.

The board would also maintain legal authority to use the ACO to set payment rates to doctors and hospitals, establish how payments are calculated, determine which doctors are responsible for which patients, and implement quality measures, among other things. However, regulators might not use all of that legal authority.

The board has been holding regular meetings with stakeholders for nine months as they work to set up the transformative care model. Gobeille said he wants to encourage joining the single ACO as opposed to penalizing doctors for not joining.

He said the details of the transformative care model would be worked out over time.

Much work would still need to be done on the provider side. As of now, there is not a single entity covering all providers in Vermont. The detail will also be complex. For instance, if a Vermonter has a heart attack while on vacation in Florida, the Vermont doctor, under the ACO model, would still be responsible for the patient. Conversely, how is a Floridian accounted for who wrecks himself while skiing in Vermont and needs extensive treatment here? To coordinate all this care, even if all the other detail is rectified, would require a sophisticated management system.

The University of Vermont Medical Center is already talking about shifting how it finances health care. CEO, John R Brumsted, MD, announced in mid-November an ambitious goal to have 80 percent of the care provided by the Medical Center to be paid for based on quality of care, instead of the traditional method of being paid for the amount of care provided, by 2018. Speaking at the annual meeting of the Association of American Medical Colleges in Baltimore, Brumsted argued that this aggressive approach is the best way to increase quality, collaboration and cost effectiveness, and it will create a powerful incentive to shift the focus of providers to prevention and wellness.

Earlier this year the US Department of Health and Human Services announced that 50% of all traditional Medicare payments would be based on quality of care by 2018. The UVM Medical Center’s plan significantly surpasses this target by including care provided to Medicaid and privately insured patients by the same deadline.  It also goes further than a goal set by a coalition of the nation’s largest health systems and four biggest insurers.

“It will be a very big challenge to achieve this goal, but this transformation must be done as quickly as possible so we can provide what our patients deserve; superb care delivered seamlessly at the lowest possible cost,” said Brumsted.

The UVM Medical Center is the hub of The University of Vermont Health Network, a partnership of five rural hospitals and hundreds of providers spanning Vermont and northern New York State. It has also partnered with Dartmouth Hitchcock Medical Center in leading a statewide Accountable Care Organization in Vermont that over the last three years has saved millions of dollars and met or exceeded federal quality measures.

“Due to the progress we’ve made creating partnerships that deliver the full continuum of care, our willingness to partner with regulators and our proven ability to innovate, we are in a position to lead this transformation and believe we have an obligation to do so,” said Brumsted.

“It is long past time for health care providers across the nation to center everything we do on achieving optimal health for our patients and provide them with an efficient and pleasant experience. It is simply the right thing to do, and the best way to reform our expensive and underperforming health care system."

Representative Kiah Morris, D-Bennington, who sits on the House Health Care Committee, was one of several lawmakers asking Gobeille for answers on mental health parity. She said mental health and substance abuse treatment are underfunded, and those need to be addressed as part of health care reform.

She said mental health and substance abuse are not “afterthoughts” and that lawmakers need to be assured that designated agencies and substance abuse treatment centers will have the tools they need to support patients so that the duty doesn’t fall on primary care physicians.

Trinka Kerr, the chief health advocate at Vermont Legal Aid, pointed to concerns about mental health and substance abuse as part of a report on Consumer Principles for Vermont’s All-payer Model.

The 11-page Vermont Legal Aid report calls for the all-payer model to “improve access to care”; measure access in a way that’s more robust than determining who has insurance and who has a primary care physician; and give patients the opportunity to appeal their case if an ACO denies services.

"Health care costs in Vermont have increased dramatically over the past few decades and are projected to continue to rise at an unsustainable rate without reform of the existing health care system. A recent report sponsored by Vermont’s Legislative Joint Fiscal Office estimates that Vermont residents spent $5.1 billion on health care in 2012, more than double the $2.3 billion spent on health care in 2000. This figure is projected to grow to $6.8 billion by 2017. Vermont Governor Peter Shumlin championed legislation, enacted in 2011, to establish a single-payer health care system in the state. However, in 2014 the governor withdrew his support for such a system citing lack of a viable finance plan.

"With a single-payer system off the table for the foreseeable future, the governor and his administration are exploring other health care reform options that aim to reduce costs and move toward value-based care. One of these options is an all-payer model. Act 54 of 2015 directs the Agency of Administration and the Green Mountain Care Board to “jointly explore an all-payer model, which may be achieved through a waiver from the Centers for Medicare and Medicaid Services” (CMS). Under such a waiver the state would agree to restrict the growth of health care spending for a defined set of services by all health insurance carriers (Medicare, Medicaid, and commercial insurers) to a trend rate negotiated with CMS. CMS would agree to waive some of its rules to allow the state to implement payment methodologies such as global hospital budgets and capitated (per-person) or population-based payments to some health care providers. To implement the model, the state’s three Accountable Care Organizations (ACOs) are planning to merge into a single statewide ACO that would be responsible for managing the cost of care and care delivery for the population attributed to the model.

"The goal of implementing an all-payer model would be to bring Vermont closer to achieving the triple aim: improve the patient experience of care including quality of care and satisfaction; improve population health; and reduce the per capita cost of health care. The model would aim to change the financial incentives in the health care system, which currently reward high-volume care, to reward lower-volume higher-value care. An all-payer model would cause a drastic shift in the state’s health care system and would require robust regulatory processes to ensure that cost reduction is not achieved at the expense of access to services, quality of care, population health, or patient experience.

"The types of payment under consideration within the all-payer model, including global hospital budgets and capitated or population-based payments implemented by a single statewide ACO, carry a number of risks as well as potential benefits. Cited risks of these models include rationing care, cherry-picking or dumping patients, and sacrificing quality of care in favor of cost savings. An all-payer model could benefit Vermonters if these and other risks are sufficiently addressed in the model design."

Gobeille, the chair of the Green Mountain Care Board, said he has been bringing feedback from lawmakers and advocates to the team meeting regularly to set up a transformative care model. He said that feedback is crucial to setting up a model that doctors want to participate in.

“How do you work as a primary care doctor or nurse practitioner with a mental health professional so that you keep your folks healthier?” Gobeille said. “How does that work? That’s working surface stuff that it just doesn’t happen overnight.”

Representative Anne Donahue, R-Northfield, sits on House Health Care and is a mental health advocate who works for the Vermont Psychiatric Survivors. Donahue said she’s been encouraged by her conversations with Gobeille.

“I am relatively confident that (the model) will be set up to enable (mental health parity) to be phased in,” she said. “I’m not confident that it will be from the get go, but I think that’s a work in progress.”