Vermont Business Magazine SKI MAGIC LLC announced today it had concluded a signed purchase and sale agreement with current title holder Magic Mountain Management, LLC to purchase all the property and assets of the 709-acre Magic Mountain Ski Area in Londonderry, VT for an undisclosed amount. With the signing of the purchase agreement, SKI MAGIC will begin its “due diligence” period before formally closing on the transaction and taking operational control which is expected to take 6-8 weeks. However, the purchase agreement has a provision for 2016-17 season preparatory work to begin immediately during the due diligence phase, including repair work to re-open Magic’s second summit lift (the 5000’ long Black Triple Chair) which has not operated for the last two years due to insufficient financial resources to complete the work required by the Vermont Passenger Tramway Board.

“This is an exciting opportunity for long-time fans of Magic, including myself, who want a better, stable and enduring future for such a special ski area and community," said Geoff Hatheway, President of the new ownership and operating entity SKI MAGIC LLC. “And, with the targeted investment our SKI MAGIC investors are committing to over our initial 5-year business plan, Magic will deliver a much better skiing product to ski enthusiasts in our little corner of southern Vermont--not by changing what Magic’s about, but by making its truly fun throwback ski experience more reliable and accessible to customers over a longer season. That means an operational focus on lifts and more snow-making.” 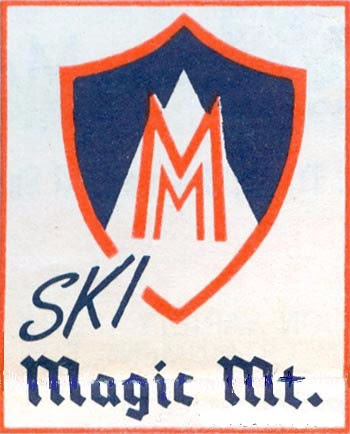 Magic Mountain was originally founded by Swiss ski instructor Hans Thorner back in 1960 after he selected the site on Londonderry’s Glebe Mountain, where the many natural fall lines reminded him of the terrain found in his native Switzerland. Magic has long been known for its steep, challenging terrain not found elsewhere in southern Vermont. As one of the three big mountains in the 1960s and 70s that formed Vermont’s famed “Golden Triangle” along with Stratton and Bromley, Magic was a big part of a golden era of New England skiing. After being sold in the 1980s and eventually combined with Bromley during the first major wave of corporate acquisition and consolidation for the ski resort business, Magic was eventually shut down for a number of years in the early 1990s during the real estate market downturn. Magic re-emerged in the 1997-98 season, but the ski area has often been under-funded and under-marketed while under divided and disparate ownership and operator structures which only served to compound its struggle to re-establish itself in the shadows of deep-pocketed corporate resorts that now dominate and control the ski industry.

Today’s announcement of a sale to SKI MAGIC represents a new opportunity to establish a firm, viable market niche for Magic Mountain Ski Area as an alternative to the increasing corporate homogenization of the ski resort industry experience in the East.

“The people who ski and ride here have a passion for the sport and their fellow travelers. It’s the first thing I felt back in 2000 when my family started skiing Magic to escape the high-stress, high-priced, overcrowded, less personal environment often found on weekends at major resorts," continued Geoff Hatheway. “We discovered Magic with its easy-going, laid-back vibe; uncrowded feel on the slopes; and the welcoming attitude of its skiers which made us feel instantly at home. But, most importantly, there was the kick-ass ski terrain. We think focusing on what matters, the ski product and the environment to enjoy it together, rather than all the growing high-end distractions away from the sport, will essentially take people back to skiing’s golden era here. And, that is where our future lies."

"Besides," he said, "it was either Magic or Whistler/Blackcomb. I think we got the better deal."

While work begins immediately, SKI MAGIC LLC will not take over ownership until the deal officially closes in late September or early October. That is when season passes for the upcoming season are slated to go on sale at reduced “early bird” prices normally available in April, and with more family affordable pass options than ever before at Magic www.magicmtn.com. Due to the late timing of the deal relative to the upcoming season, and the fact that no work has been done at the mountain since the end of last season in April, all efforts will be focused on preparing the mountain for a December opening, working to bring the Black Summit Chair back to operation and repairing/expanding snow-making coverage. SKI MAGIC will also be tapping into Magic's legendary community of skiers and riders by hosting a number of "Volunteer Days" this fall to help clean-up glades and fix-up the lodge for the upcoming ski season.

SKI MAGIC is a Vermont-based LLC with a group of investors committed to realizing the full potential of a legendary, independent ski area. SKI MAGIC will stay true to what has made Magic Mountain special: its unmatched ski terrain in southern Vermont; a “throwback” experience without the soul-crushing crowds found at mega resorts; and a laid-back, welcoming ski community culture. New capital will be targeted to fix what has held it back: more snow making coverage and more accessible, reliable lifts for all skier types, including learn-to-ski. SKI MAGIC has a 5-year plan to bring Magic to ongoing operating profitability which will help employees, local home owners, local businesses, and most importantly, its growing family of skiers and riders who want Magic to succeed and be their mountain adventure for generations to come.